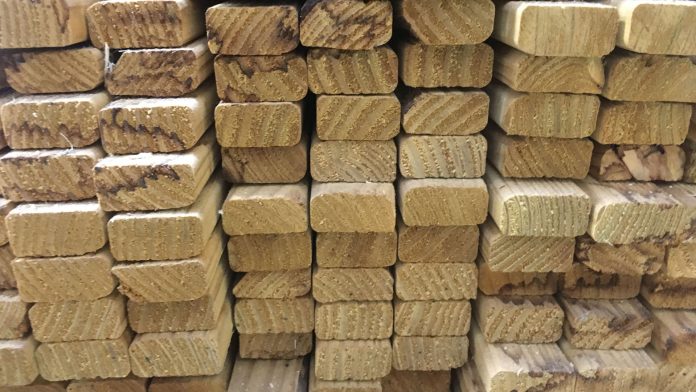 While framing and insulating the bus walls we didn’t consider the steps. It wasn’t until we saw another build that we realized the steps had no insulation. The solution was to simply rip up the steps, add insulation, and be warmer. However, like every other part of this build, it was a bit more challenging. This tutorial will guide you through framing and insulating your bus steps to seal up that ice cold metal box that is often over looked. 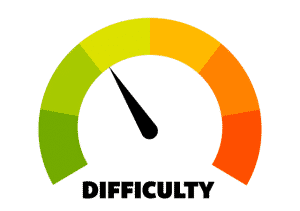 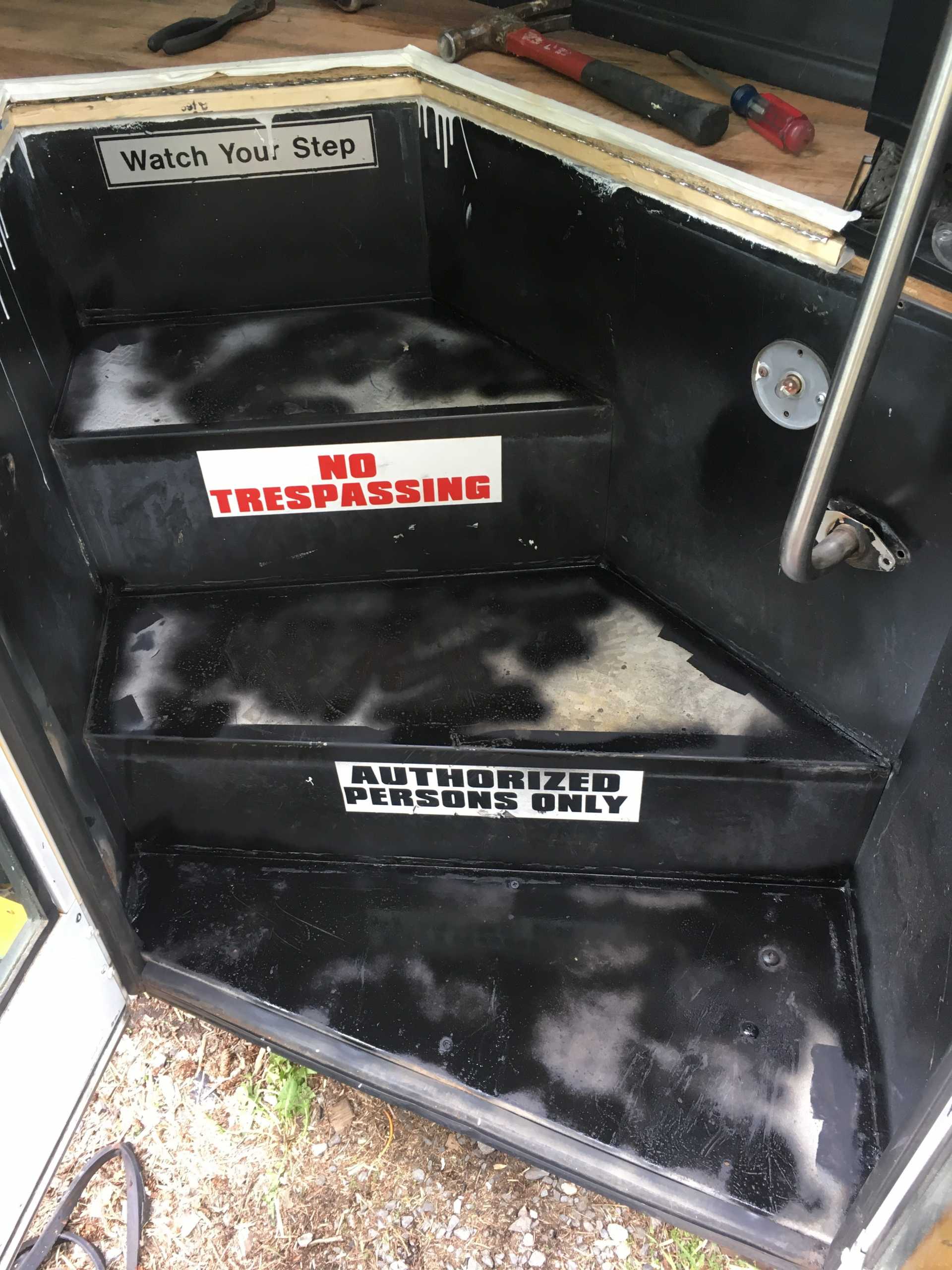 Start by removing the old bus steps. Our steps were made of thick rubber that was glued to a metal plate secured to the metal bus floor with phillips head screws. Once all of the screws are removed, use the pry bar to pull up the steps. This was a little hard and some of the caulking around the edges needed to be cut away.

Once the three steps were removed we cleaned the area and used rust converter where necessary. We also caulked all of the screw holes to ensure this area was water tight. We let the caulking dry for the day and gathered the other materials needed to finish the job. 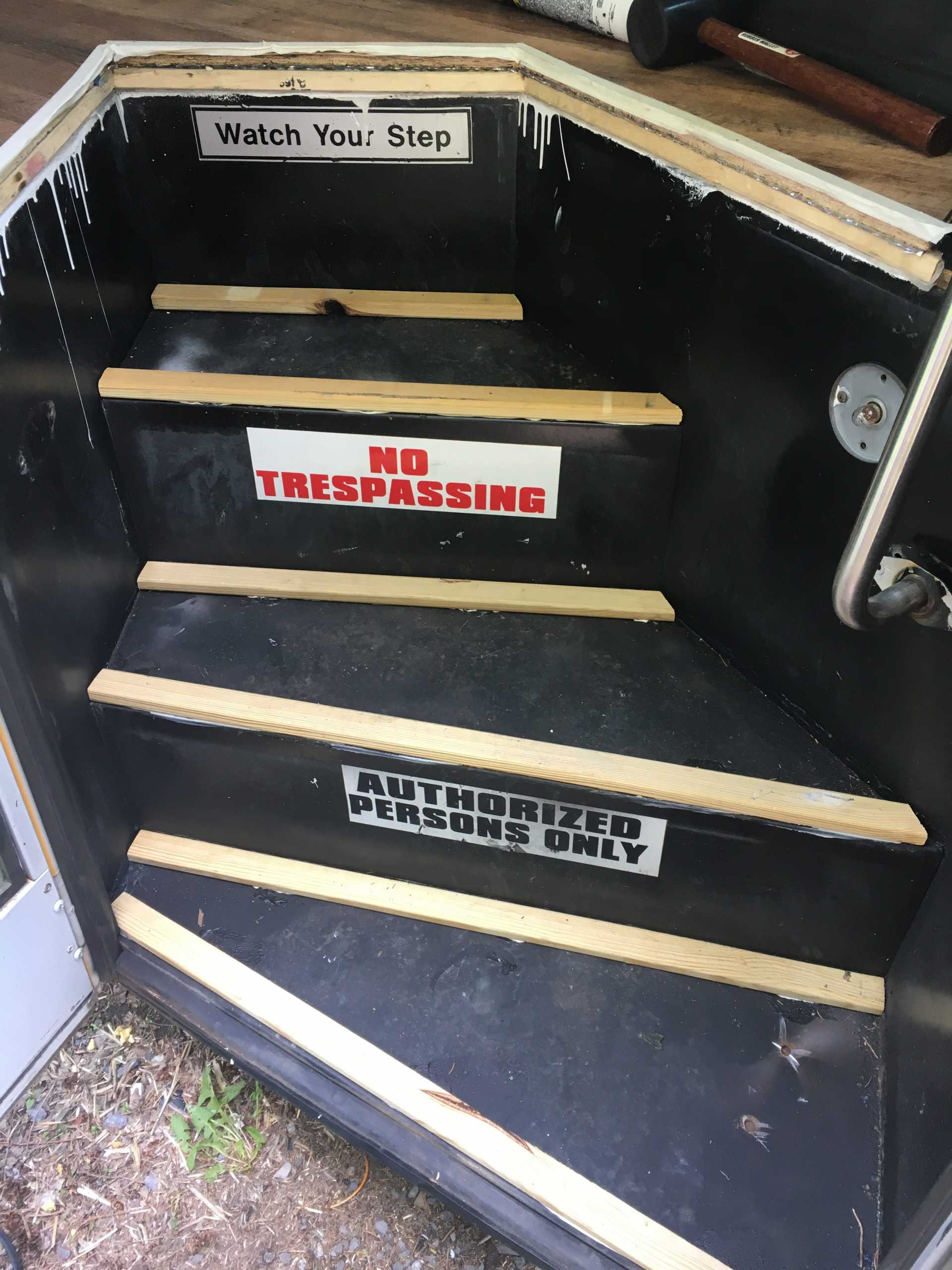 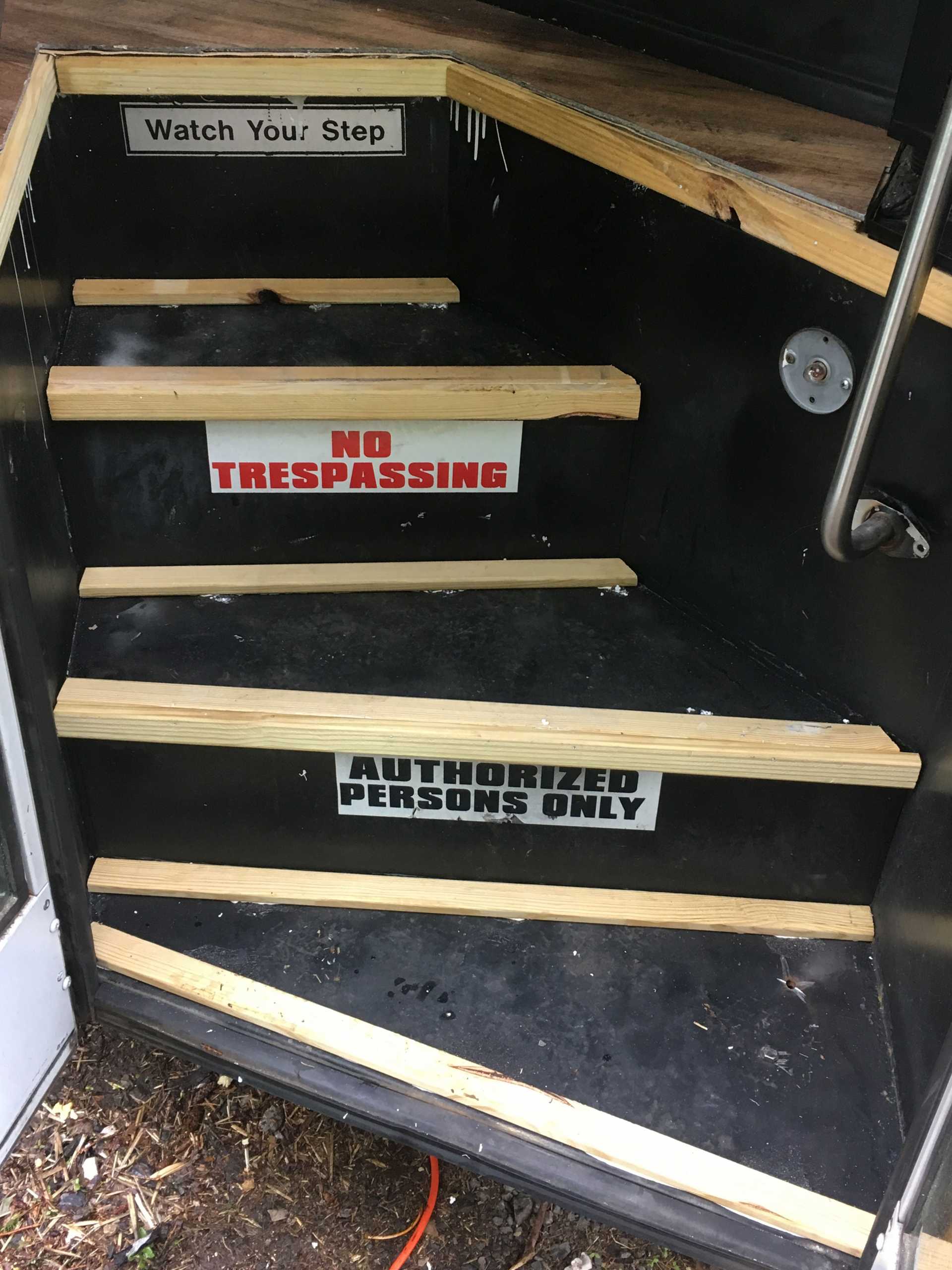 Use the original bus steps to trace out your foam board. Once you have them traced, use a furring strip on the front and back of your foam step pattern to subtract the width of the furring strip. This will ensure that the insulation fits perfectly into the newly created cavity between the furring strips on the steps. Insulation can also be added to the sides of the step box. Finish this off by adding a 1/2″ wooden tops to the steps and secure them with small nails. Thinner wood such as luan can be used on the sides of the step box since there will be no pressure on these parts. 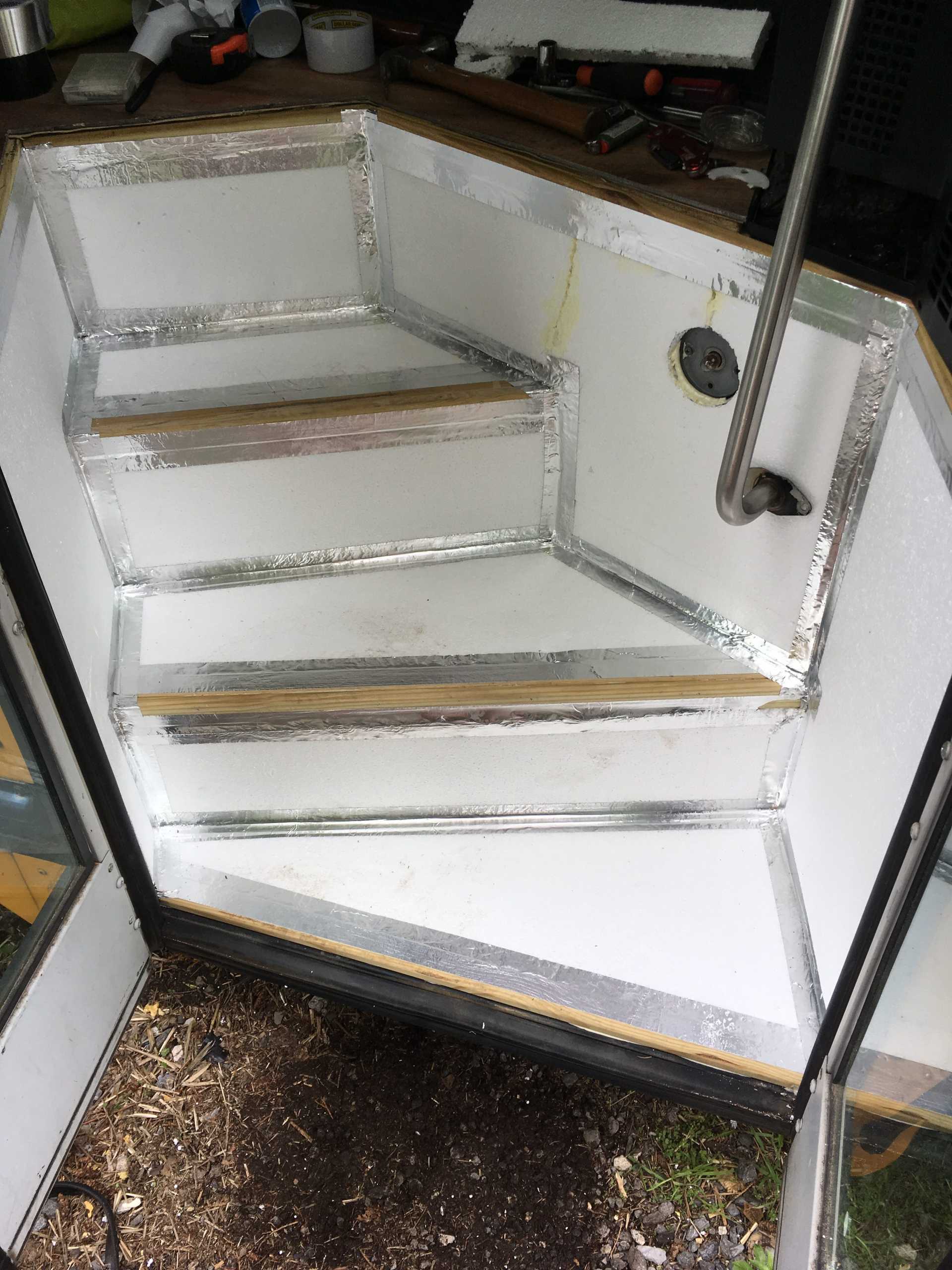 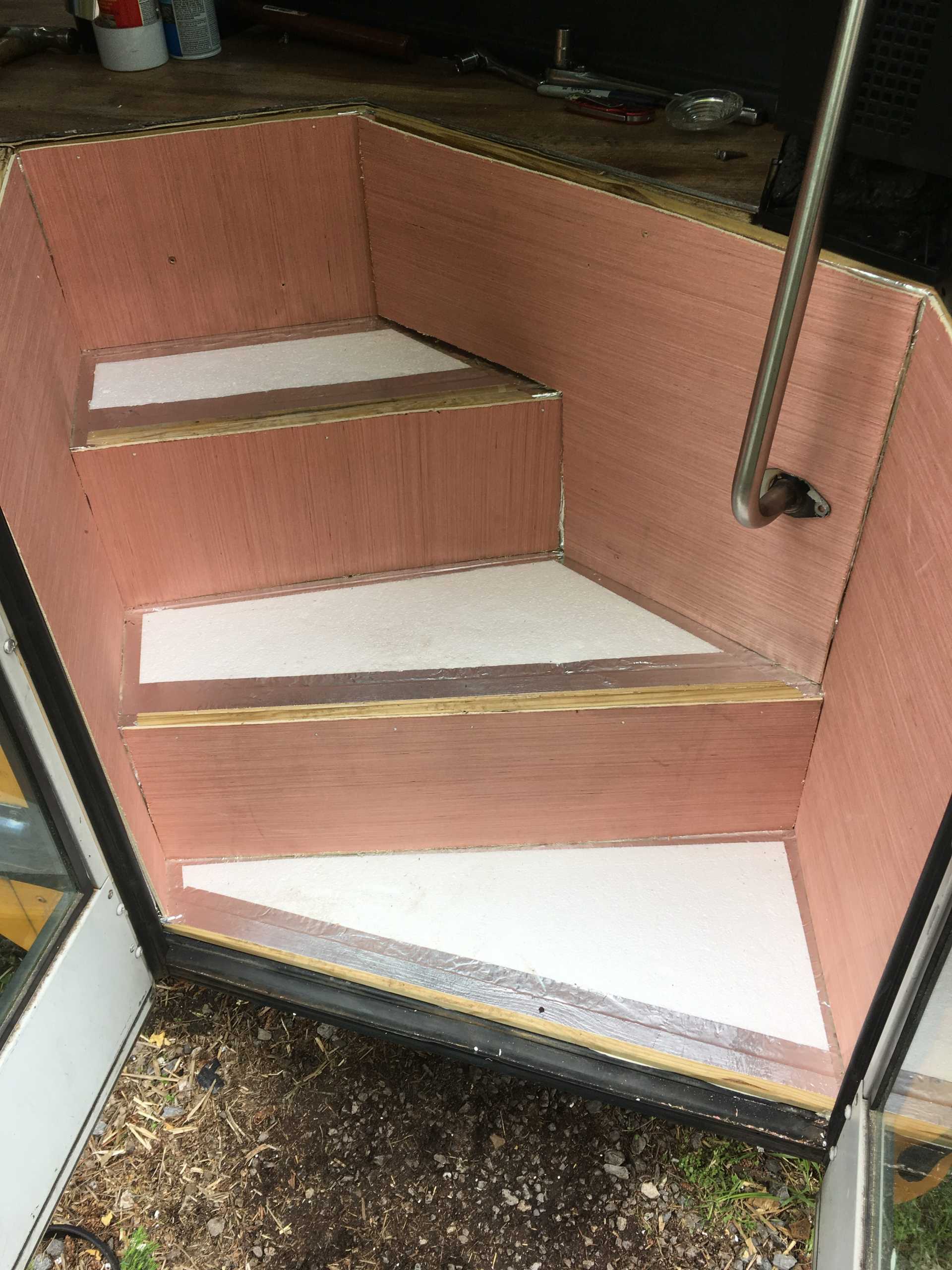 “Pro” Tip: Heat up your box cutter with a lighter when cutting foam board to make cleaner cuts and to avoid a trillion little beads of foam from going everywhere. 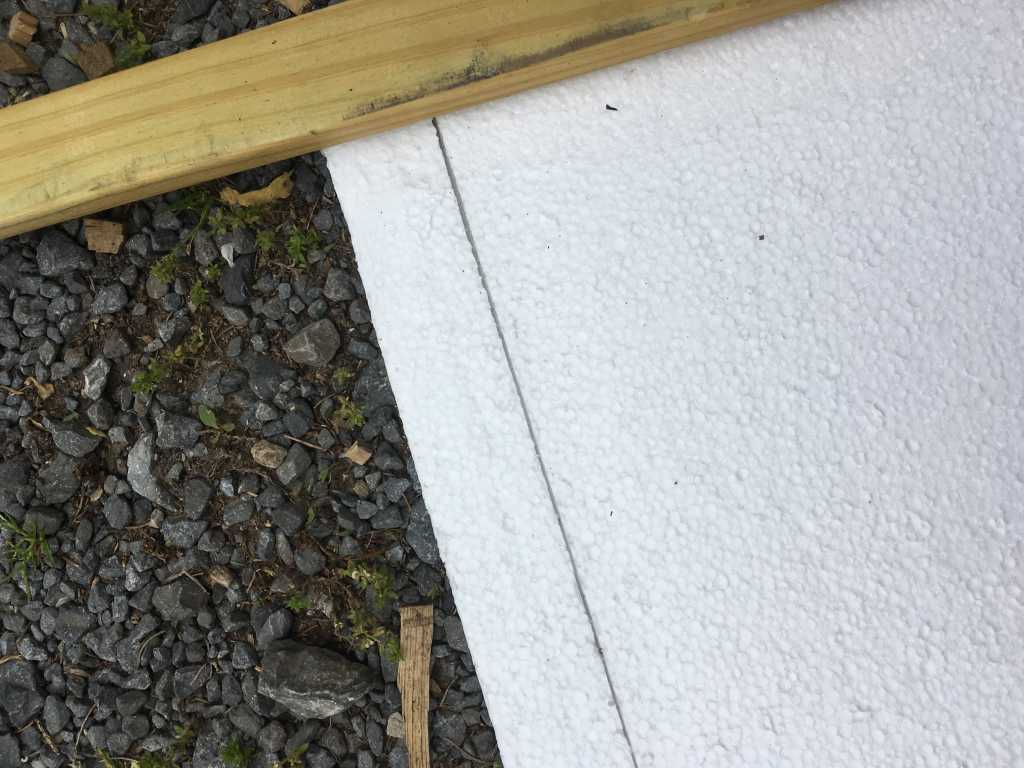 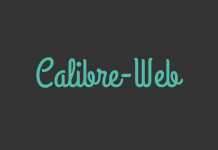